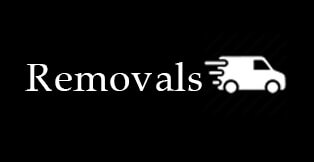 Balham Removals › Blog › Why Planning a Move in Advance is Important

Why Planning a Move in Advance is Important

Moves are always a big event in anyone's lives, especially if it is a big one. Besides the metaphorical and symbolic meanings behind a move, there is also the physical and mental effort involved in making it happen, and happen in the most efficient and cost effective way possible.

The key to making a move flow as smoothly as possible is by planning ahead. By planning ahead you get to see the big picture and have the time to think of the best way to go about it, as compared to simply doing things when moving day is near. The saying "haste is waste" may be trite and overused, but the essence and meaning of this remains the same. It's always much better to plan early, as you'll also be able to see all the other possible problems you might encounter and at the very least, formulate something close to a solution in such a way than when you encounter that problem, you're prepared enough for it to not be fazed by it too much, and eventually, in a much shorter time. Be rid of it.

Planning early is rally the key to making your move the most efficient it can be. It's very important that you're as prepared as possible so that when moving day comes, you won't be too stressed because you already have a plan - all that's left is setting it into motion.